While the knee is one of the strongest and most important joints in the human body, it is also one of the most complex, and it is easily injured due to that. That’s why you’re always supposed to wear kneepads when rollerblading or skateboarding! Because there are so many parts making up the knee though, you can only diagnose knee problems correctly if the correct part is identified as the cause of the issue. This article focuses on lateral knee pain, or outer knee pain.

Symptoms of lateral knee pain include pain and swelling which worsens with activity, bruising around the knee joint, instability, stiffness, and limited range of motion.

Activities which put strain on your knees like running and cycling can cause irritation at the point where the iliotibial band rubs against the femur, causing lateral knee pain. Normally, this area is protected by bursae, small fluid-filled sacs, but they can become inflamed and cause lateral knee pain. This is known as Iliotibial Band Friction Syndrome (ITBFS) and is worsened with poor hip control and posture – so make sure that you’re cycling or running with proper form.

The lateral collateral ligament connects the femur to the fibula (calf bone) and is most commonly injured due to direct trauma such as twisting or being tackled. This sudden stress on the ligament causes it to stretch and cause lateral knee pain, or if it is severe enough, tear. In the latter case, medical attention will be required immediately, as tearing a ligament is very serious (and painful).

The lateral meniscus is a formation of crescent-shaped, thick cartilage that lies on top of the tibia and stabilizes the knee while also acting as a shock absorber for the knee joint. The meniscus can be torn during a twisting motion such as during a bad fall, or it may degenerate over time with wear and tear, eventually leading to weak knees in old age while causing lateral knee pain in the meantime.

The treatment for lateral knee pain varies according to what caused it, and which part of the knee was injured. For instance, lateral knee pain caused by poor walking patterns or excessive pressure put on the knees may require you to wear orthotics to correct your posture and possibly lose weight to reduce the pressure put on your knees, and avoid carrying heavy objects. If you have chronic lateral knee pain, we recommend seeing a podiatrist to see what should be done for your situation. 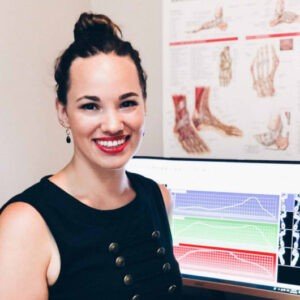 Based in Singapore, Degree in Podiatric Medicine from the University of Johannesburg. Published in The Foot and member of The Golden Key Honour Society. 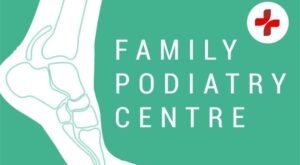